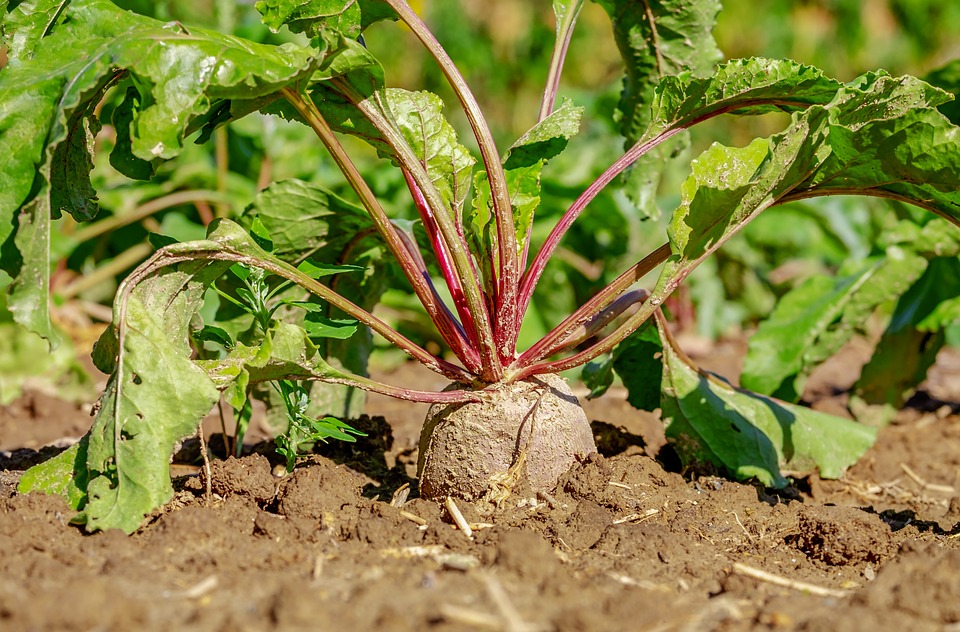 Today, much attention is paid to the development of technologies for obtaining pectin from beet pulp – an effective detoxifier and radioprotector. In industrial production, pectin is extracted from apple and citrus pomace, beet pulp, sunflower baskets, but the pulp is the most economically profitable type of pectin-containing raw material. The content of pectin substances (on a dry basis) in plant raw materials is different: in an apple – (3.3 ÷ 19.9)%; in beets – (6.4 ÷ 30.0)%; in citrus fruits – (9.0 ÷ 14.0)%; in sunflower – (12.0 ÷ 24.0)%; in Jerusalem artichoke – (5.7 ÷ 11.7)%.

The largest amount of pectin substances if found in fruits and roots.

The classical technology of pectin production includes following stages: hydrolysis-extraction of pectin; its precipitation from the extract; drying and purification of pectin coagulum from impurities. The process of isolating beet pectin proceeds under more severe conditions than citrus and apple pectins. This is connected with the presence of acetyl ether groups in the beet pectin molecule, which negatively affect the gelling properties. That’s why pectin obtained from beet pulp is a low molecular weight product.

Harsh hydrolysis conditions favor the deesterification of not only acetyl groups, but also methoxyl esters, due to which beet pectin mainly exhibits gelling properties in the presence of polyvalent metals and a complexing ability.

The main consumers of pectin obtained from beet pulp are such industries as medicine, pharmacology, cosmetics, canning, dairy and bakery industries, as well as manufacturers of various biologically active food additives (AFA). Pectins can be used for the production of health-improving, protective, therapeutic and prophylactic products.

In the literature, there are many works on the intensification and greening of pectin production, but so far no studies have been carried out on the effectiveness of using the vortex layer apparatus for preparing raw materials before hydrolysis. It is known that the use of a vortex layer of ferromagnetic particles provides extremely effective mixing of the reaction medium. Acoustic waves and cavitation arise in the working chamber of the vortex apparatus, which leads to the intensification of mass transfer processes. However, complex physicochemical phenomena and processes that arise in the vortex layer are insufficiently studied and are often difficult to analyze. The prevalence and efficiency of the vortex layer apparatus has been shown in many works, moreover, these devices are already used in a number of industries.

Isolation of pectin substances was carried out by acid hydrolysis of samples of PGM, pre-soaked in a 1:15 hydromodule. One of the samples was homogenized in a vortex layer apparatus (AVS) for 15 s. The following scheme for obtaining pectin was used: acid hydrolysis of beet pulp with 2% HCl solution at 70 °C for 2 hours; separation of grains from the solution by vacuum filtration; concentration of the solution in a water bath to a dry matter content (DM) of 5%; precipitation of beet pectin from the concentrate with a double volume of 70% ethanol; separation of coagulum by vacuum filtration; drying the obtained pectin in a vacuum drying chamber at 30 ° C.

It was found that the pretreatment of the sample in AVS allowed an increase in the yield of pectin by 28.5%.

The results of the experiments showed that the vortex layer apparatus is an effective technology for the preprocessing of plant raw materials in order to increase the yield of pectin substances, which can be used in the future when creating production technologies.