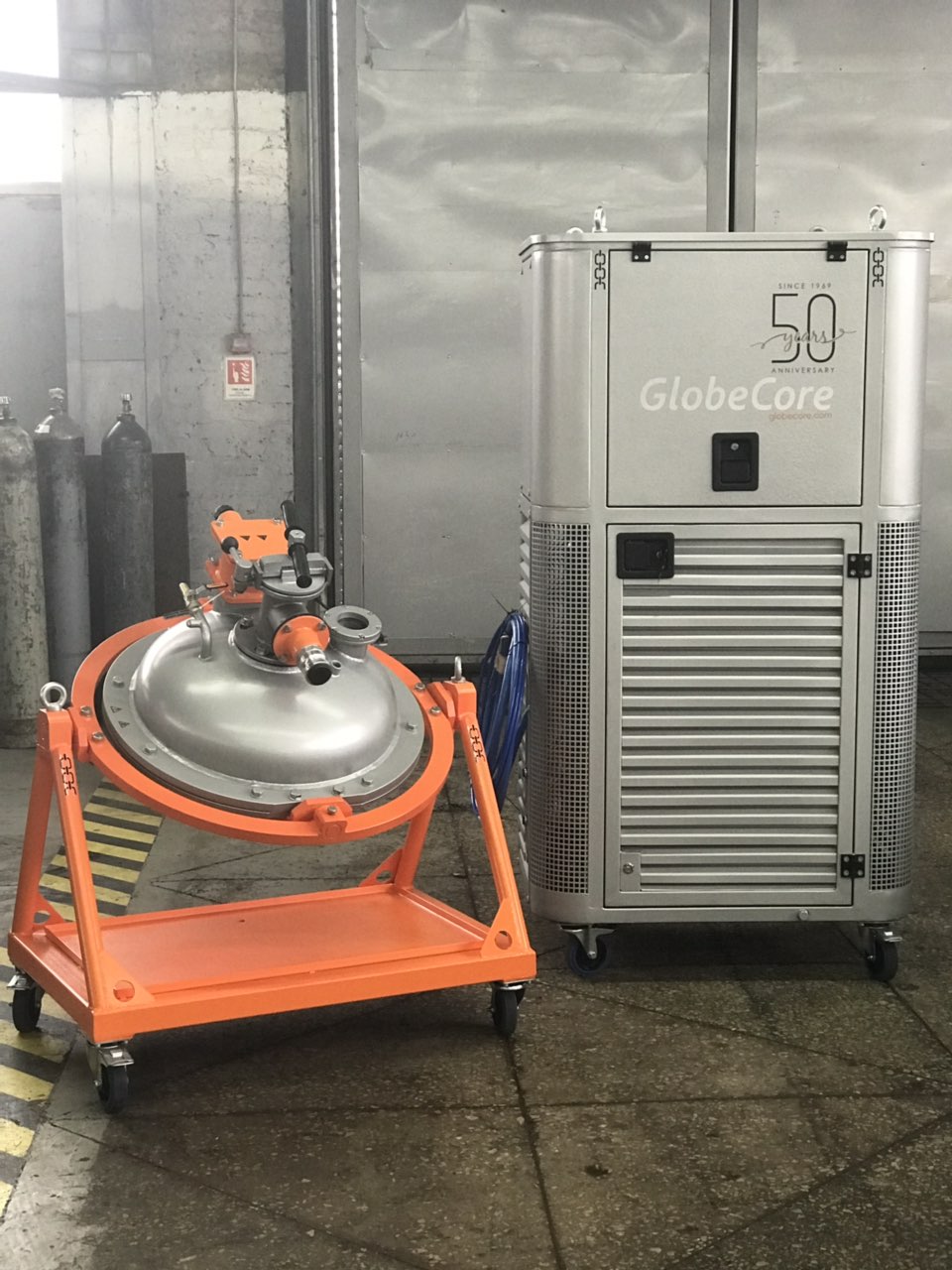 The most common practical use of these systems are various grinding and mixing processes. The vortex layer systems have proven to be quite efficient in this field, compared to the traditional vibration or ball mills, as well as other mechanical mixing devices. The benefits include sharp intensification of the processes and reduction of power consumption, reducing product costs, as well as design and manufacturing simplicity, which do not involve complex technologies, and reliability in operation. 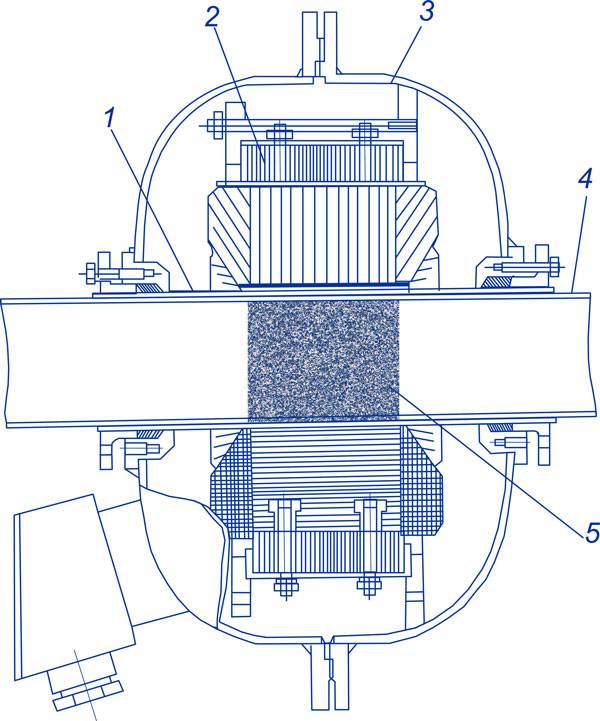 The main components are the electromagnetic system (the induction mechanism generating the rotating field), the ferromagnetic particles and the operating chamber that contains them.

Other component depend on the specific requirements for the process the system is used for. The machine can run a batch process or a continuous process, where the ingredients are supplied into the operating chamber from one end and the product leaves the chamber from the other end. The strong magnetic field holds the ferromagnetic particles so they are not carried out of the chamber by a liquid or gas flow. An important feature of a rotating electromagnetic field device is the absence of dynamic seals and the possibility to make the operating chamber completely airtight.

Let us take a look at the components of the machine. The rotating field can be created by either internal or external cylindrical induction coils.

An important condition for the efficient operation of the vortex layer and the entire system is the uniformity of the field in the cross section normal to the induction coil axis. In such field, the ferromagnetic particles, which rotatie with alternating angular velocities, are evenly distributed in the operating chamber, ensuring that the entire ingredient flow is involved in the process. Two-pole inductors generate the most uniform field.

One of the most important parameters of a vortex layer device is the magnetic induction in the center of the induction coil bore at idle, i.e. without the ferromagnetic particles. Induction defines the rate of ingredient mixing and dispersion, as well as the rate of chemical reactions in the vortex layer. For most vortex layer devices designed for the production of emulsions, suspensions and various chemical processes, the induction is in the range from 0.07 to 0.20 tesla. The length and internal diameter of the bore are also important parameters, defining the processing capacity of the devices.