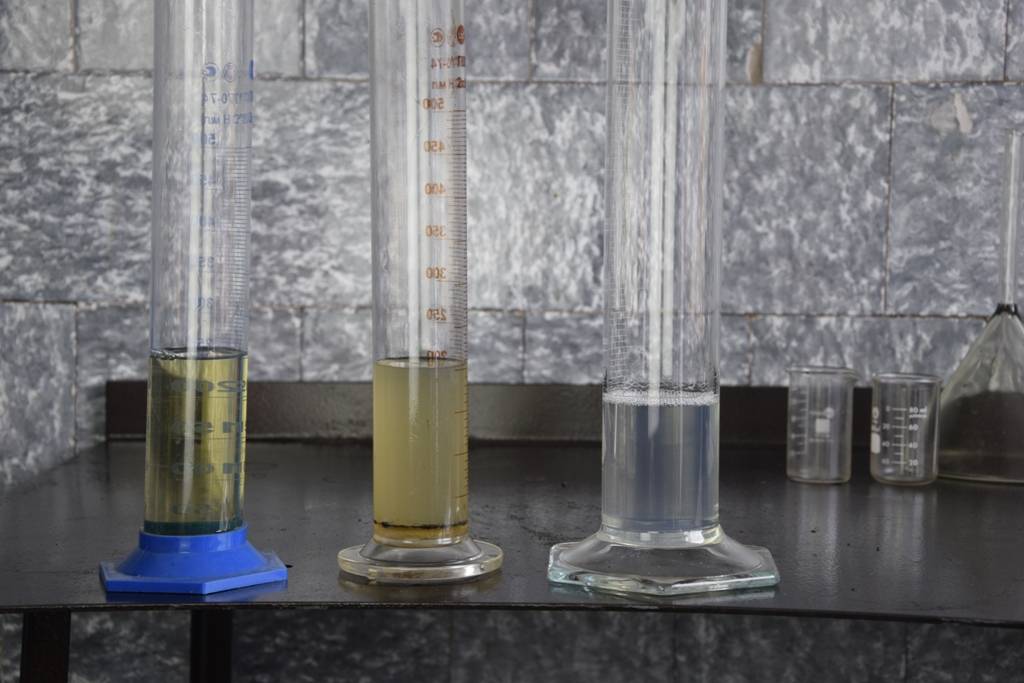 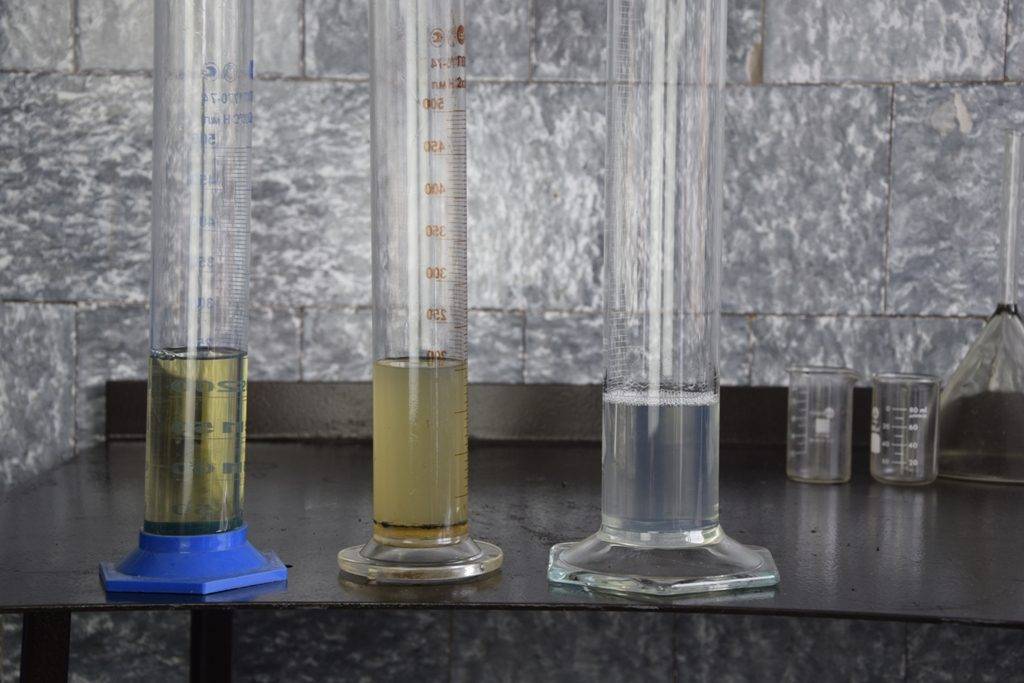 Oil contains many different chemical components and elements, sulfur one of the them.

Sulfur in oil can be in pure form or in the form of volatile sulfur compounds: sulfides, hydrogen sulfide, disulfides and mercaptans with high corrosive and aggressive effects, therefore not allowed in commercial petroleum.

A special measurement was introduced to characterize the level of sulfur in fuel, called sulfur mass fraction. Nowadays the requirements for the sulphur mass fraction in petroleum products are quite strict and continue to tighten. It is due to the poor environmental situation, deteriorating due to toxic gas pollution and combustion of sulfuric fuels.

For desulfurization of petroleum products, the industry uses the processes of catalytic hydrofining, biodesulfurization and oxidation of sulfur compounds. As a result, fuels have limited sulfur content. For example, acceptable limits of sulfur for Euro-2 fuel is 500 mg / kg, for Euro 3 fuel it is 350 mg / kg, Euro 4 it is 50 mg / kg and Euro 5 it is 10 mg / kg.

Almost all transportation companies and organizations whose work is directly connected with operation of motor vehicles are looking for ways to save money on fuel and lubricants. One of the possible ways to save money is to buy cheaper oil and desulfurize it to acceptable levels according to standards.

For autonomous fuel desulfurization, GlobeCore proposes a new technology process implemented in the AVS-150 and UVR units. The electromagnetic nano-mill intensifies the mixing process of the reagent with diesel fuel.

The tests achieved reduction of sulfur content in diesel fuel from 337 to 8 mg / kg, while retaining other important characteristics such as flash point in closed cup, fractional composition, etc.

Learn more about the experiment and its results in more detail in the video report.

This website uses cookies to improve your experience while you navigate through the website. Out of these, the cookies that are categorized as necessary are stored on your browser as they are essential for the working of basic functionalities of the website. We also use third-party cookies that help us analyze and understand how you use this website. These cookies will be stored in your browser only with your consent. You also have the option to opt-out of these cookies. But opting out of some of these cookies may affect your browsing experience.
Necessary Always Enabled

Any cookies that may not be particularly necessary for the website to function and is used specifically to collect user personal data via analytics, ads, other embedded contents are termed as non-necessary cookies. It is mandatory to procure user consent prior to running these cookies on your website.