GlobeCore / Articles / Application of AVS for mixing of granular materials

Application of AVS for mixing of granular materials 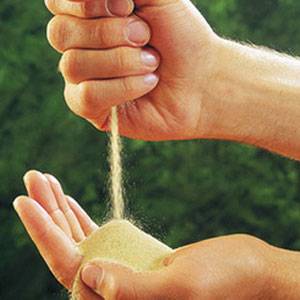 The characteristics of ferromagnetic particle vortex layer allow the use of this device for mixing of various granular materials, using less energy compared to other methods and equipment, as well as preventing separation of the blend.

Numerous efforts of engineers and scientists in the area of equipment and method development for mixing of granular material often strike the obstacles caused by the nature of such materials and their flow.

A lack of a clear definition of “granular material” which would fully reflect its physical nature, generally accepted quantitative characteristics, sound methods and sufficient instruments for measuring parameters and evaluating qualities of granular material cause the emergence of many theories describing the processes occurring in flowing granular media. The general tendency in development of equipment for processing of granular material is creation of devices with intensive shear forces acting on the layers of mixed materials, ensuring the required redistribution of the components in the minimum amount of time.

Mixed and pulverized pigment on AVS

The optimal features which an efficient mixer should possess are the following:

However, reaching the above is difficult in terms of construction and economy due to the need to ensure intensive micro and macro mixing requiring solutions to, often, opposing problems. Some of the promising devices are continuous double-shaft vibration mixers. Apart from macro-mixing by vanes, high frequency mixing in micro-volume also occurs. However, this solution also involves high energy costs, much of this energy is expended on vibration of the mixer’s body, the massive counterweight and the whole mass of the components mixed. Therefore, development of new principles and devices for the purpose is a pressing objective.

The general layout of the device developed by cyclic mixing of granular material is shown in Figure 1. The device consists mainly of the same components as the AVS-100 described above. The distinction is the assembly which moves the chamber relative to the inductor of the rotating EM-field at a certain rate. The three available velocity settings are 1.83; 2.85; 5.6 meters/minute. The design of the device is such that allows quick replacement of chambers in the course of operation and processing of the components within a selected time frame. Spare tools and assemblies, as well as active chamber with a cooling jacket allow processing of granular material if the temperature inside the mix must be limited.

Of the ways of solving the complex problem of mixing granular material is the vortex layer of ferromagnetic particles. In case of continuous mixing of granular material, the device creating the layer must satisfy the following basic criteria: prevent the ferromagnetic particles from being ejected from the active zone and to ensure their constant replenishment, and to prevent separation of the mix after it exits the vortex layer.

No less important in the process of continuous mixing is the method of transporting the mixed components through the vortex layer, since the area of the layer should be free of any other devices. The most acceptable idea is to supply the material into the active zone under the pull of gravity. In this case, the axis of electromagnetic field rotation (and, consequently, of the chamber) must be either vertical or angled relative to the horizon at an angle larger than that of the natural slope of the granular materials.

Portioning devices for the granular components are extremely important, as errors in portioning does changes the ratio of components supplied to the mixing zone. Actual mixing quality does not depend on that error and is defined only on the performance of the vortex layer.

The simplest device is a cyclic mixer of powders. In this case, the requirements above are not important, but a new one arises. In continuous mixing, uniform distribution of the mixed components in the plane of ferromagnetic element rotation is the decisive factor; however, in cyclic mixing, the important thing is the uniform distribution in the plane perpendicular to ferromagnetic element plane of rotation.

In this case in the initial moment of time, as a rule, the mixed components fill certain volumes in the active zone with minimal area of contact. Since the time of retention of the particles of the mixed materials in the vortex layer is not the same during motion through the vortex layer, moving the active chamber relative to the magnetic system, or the other way around, can ensure distribution of the particles of the mixed components along the axis of the device’s active chamber. By varying the load of ferromagnetic particles and their size, the rate of active chamber motion can ensure the required degree of mix homogenization within a certain time.

In case of cyclic mixing mode, the important influence is the intensity of longitudinal redistribution of mixed particles. Hence the requires to the performance of the vortex layer and the design of the device for this purpose. In this case, one of the most important parameters defining the mixing process is the rate of active chamber motion relative to the vortex layer. This rate of motion is defined by the coefficient of ferromagnetic element load in the chamber, and ultimately by the probability of the particles passing unaffected through the vortex layer.